Paul Wainwright is a black & white photographer who works in a traditional manner utilizing sheet film, a large-format camera, and a darkroom.Wainwright�s photographs have appeared in many regional and national publications, including Yankee Magazine, Readers Digest, Early American Life, and Architecture Boston. He has been featured on both WMUR�s New Hampshire Chronicle and WCSH�s 207. His work is in numerous permanent collections, including the Peabody Essex Museum, Fidelity Investments, and the Boston Public Library.Wainwright�s first book, A Space for Faith: The Colonial Meetinghouses of New England, was published by Peter E. Randall of Portsmouth, New Hampshire, in early 2010. 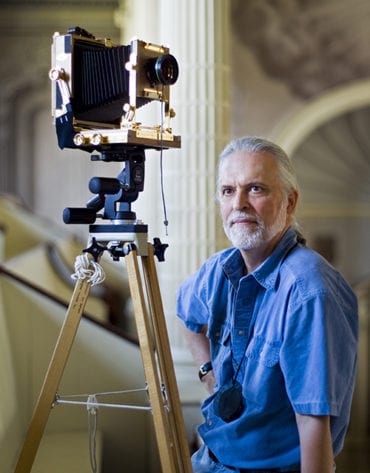