In the tradition of pure Folk Art, Jim Lambert of Hillsborough NH uses found and cast-off materials to create colorful one of a kind classicial and traditional free standing and wall figures. Jim’s work has been acknowledged by the MUSUEM OF AMERICAN FOLK ART and appeared in several national magazines including COUNTRY LIVING and most recently has been included in the private collection of Pres. Clinton. 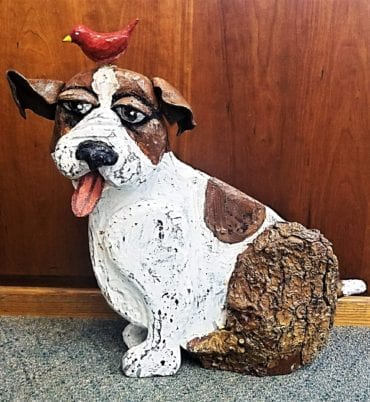