Peg Irish has been using the techniques of rug hooking since 1980 to create her fiber art. In 1989 she won Best-In-Show at the League of New Hampshire Craftsmen’s annual juried show and since then her work has been selected for more than three dozen juried and invitational exhibits. She was recently selected as a featured artist in the Green Mountain Rug Hooking Guild’s premiere exhibit, Hooked in the Mountains. Her work has appeared in two dozen publications, most notably in three volumes of Fiberarts Design Books and Anne-Marie Littenberg’s Hooked Rug Portraits. Peg Irish has lectured and taught numerous workshops throughout the northeast. 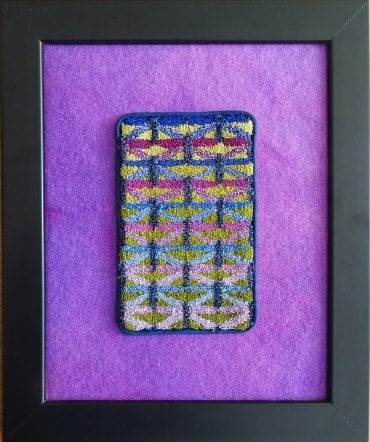