Ted Blachly has been a woodworker / furniture maker for over forty years and became a juried member of The League of New Hampshire Craftemen in 1989. He also was involved in the formation of the Guild of NH Woodworkers. In 1995 he was an invited artist in the inaugural exhibition of the NH Furniture Masters Association and has been an active member since the groups inception.Blachly works mainly on commission and does occasional exhibition pieces at his studio in Warner, New Hampshire. His furniture is represented byPritam & Eames,The Gallery at Somes Sound, andThe League of NH Craftsman. In 2014 his work was included in the permanent collection ofThe Currier Museum of Art. Examples of his work have also appeared in the publicationsArchitectural Digest,Art and AntiquesandFine Woodworking Magazine. 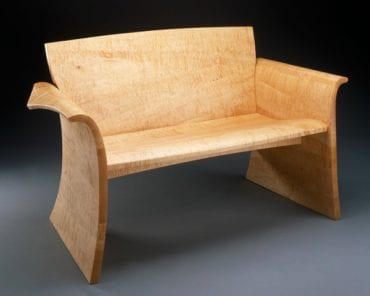