Tom and Janet Tamulevich have been working with clay for ten years at their studio, Riddle Brook Pottery. Always present in the studio is Elle, their Irish Jack Russell Terrier. Tom and Janet are well known throughout New England for their Raku work. Their newest work with crystalline glazes has excited both galleries and collectors. Tom and Janet’s Raku and crystalline pottery are found in League galleries in New Hampshire and private collections throughout the country and Europe. Tom and Janet are lso members the Sharon Arts Center, the NH Potters Guild and the Bedford Craftworkers Guild. 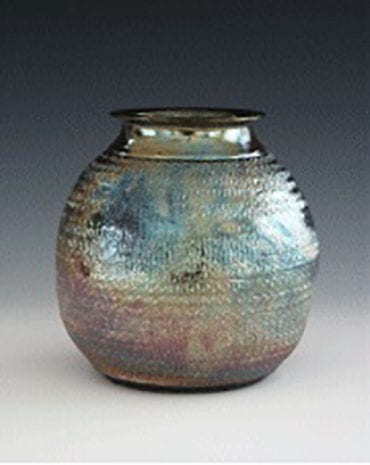